I did mobile app white labelling as shown in this doc https://developer.rocket.chat/mobile-app/mobile-app-white-labelling.

I also set up configuration for Push Notification through as described in above doc and even went through this guide https://github.com/raix/push/blob/v3.x/docs/IOS.md for IOS.

The Notification is working fine in Android but not getting one in IOS. I don’t know where I went wrong.

Please check the below image for what I have done so far and let me know whether it is done in correct way. 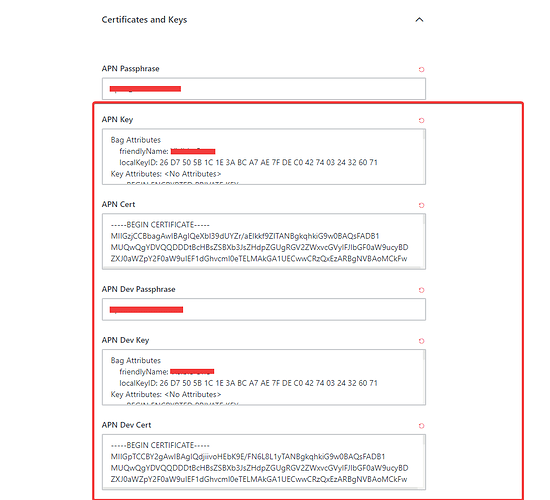 We had same issues before when the keys and cert were put in like this.
So we had to put them in the server config folders and point the path there.

So, APN KEY and CERT and APN Dev key and Cert should be something like:

This means you have to put in the key and certificate files in the server config in folders var/config/certificates. I think you can put wherever you want as long its put with the server and point the correct path.

After putting it like this we also toggled off the Production button above this which actually did the trick.

Also try to put in the dev key and cert to firebase. 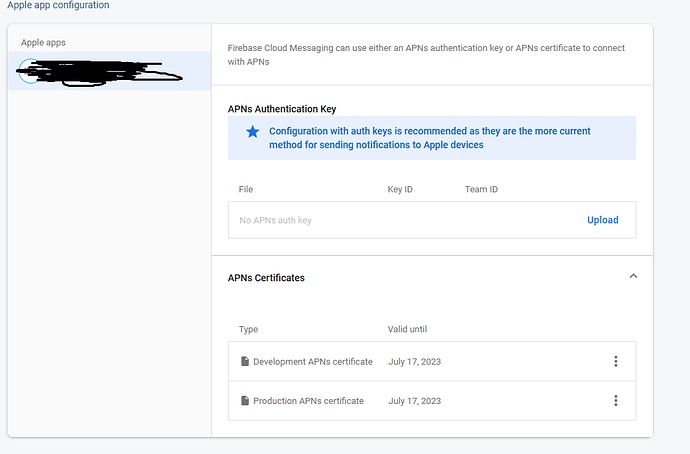 brother can you show me how you did it Thanks.